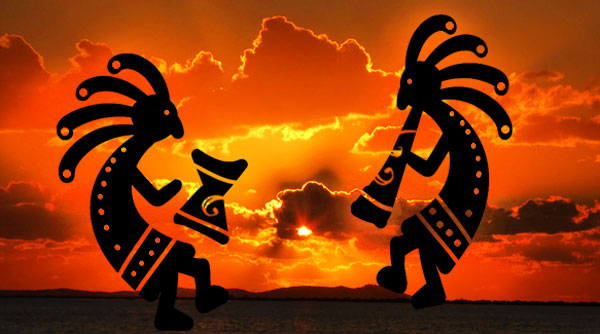 I’m sure you all have seen this image. It is perhaps one of the most recognizable Native American icons. This quirky flute-playing figure hails from the four corners of the Southwest U.S., so we’re talking about an area that spans across New Mexico, Utah, Arizona and Colorado.

Kokopelli meaning starts its epic story with the Pueblo Indians.  That sounds simple, but because this being spans across a vast area, it also bleeds into other tribal myths.  So the Kokopelli raises its spiky head in many other tribes like the Anasazi, Hopi, Zuni and more.

So what’s the big deal about Kokopelli meaning?

Find Out More About Kokopelli Meaning and History Here