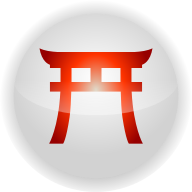 The native religion of Japan, Shinto translated means “the way of the gods.”   It is an ancient & complex religion, and as such, it should be resepected by devoting ample investigation into its complexities.

Here I am giving you a brief explanation according to my personal understanding of Shintoism.  To really experience the richness of this faith, I would encourage you to examine Shintoism for yourself to provide more meaning within your own personal reality.

That said, at the center of the Shinto belief system are divine beings or forces in nature called “kami.”

According to Shinto belief, the universe is saturated with sacred spirits (called kami) – some of these even serve as Shinto deities.  The world of the kami may also have other inhabitants such as impressive natural objects (rocks, trees, waters), as well as creatures of nature, people and ancestors.

Great festivals are held in honor of various kami and all through Japan one will see countless shrines (structures called “torri” – image shown above) to honor and worship various kami.

Your piece of jewelry shows a Shinto dragon (a kami) on one side  and the symbol on the other side is a shrine (a torri) to honor the dragon kami.

The torri are thought of as gateways.  Torri symbolize a separation between the high-vibrational energy (sanctity) of the kami world and the lower vibration of the mundane world.

The torri on the other side of the ring symbolizes the gateway – the entrance into which you are capable of walking through in order to access the attributes of the noble dragon kami.

We enter the torri by first bowing in respect to the universal forces (the kami).  This sets our essence into a framework of honor, wonder and stillness as we begin to step into the realm of infinite possibilities.

The kami and torri are fantastic symbols that we can use to enhance our evolution and even aid us on the path of enlightenment.  The Shinto were very much aware of this, and as such, still incorporate such symbols in art and jewelry today.

In closing – these are only my personal interpretations.  You must comit yourself to the study of this vastly colorful belief system yourself in order to derive your own more intimate understandings.