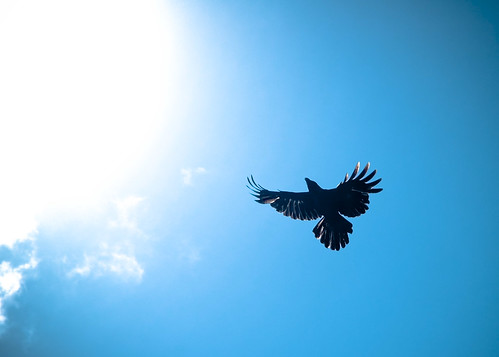 I got an email from a gentleman who was working on a tattoo and wanted a Native American symbol for seer, to which I respond:

There are a few symbolic elements you can incorporate into your clients tattoo to represent the Native American concept of “seer.”

Most plains tribes consider the Lynx & the Crow to be immaculate “seers.” They consider these creatures to be highly intuitive, and keeper of secrets.

It is believed that Higher Authorities within the tribe such as Medicine Men, or the Grandmother figure were able to speak to these creatures.

The Lynx and Crow would only speak to those who were open and wise enough to receive their messages.  Further, it was said that these creatures would give messages to these specially developed tribe members – messages dealing with future events, and status of people among theirs and other tribes.

Another option are tracks.  Plains tribes placed enormous value on one who could “read sign.”  Accurately reading tracks was not just for hunters of the tribe (common misinformation).  Rather, those who could read the signs of tracks as well as the rhythm of the trees, the ways of the sun, moon, stars and seasons…members who could literally read the tracks of the Mother were viewed as true “seers” among the tribe.