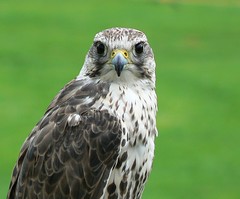 A reader of my websites and blog contacted me wanting to know the symbolism of the Falcon.  She proceeded to tell about her outing in the woods when she encountered not one, but three Falcons upon her path.  She felt as though they were trying to communicate with her, and so she turned to me for the meaning of Falcon sightings upon our path.  My response is below:

The Peregrine Falcon lives up to its Latin name: Falco Peregrinus which means foreigner or stranger because it is a migratory bird rather than sedentary – it is found throughout the world and tends to travel great distances.

The peregrine is most often used in falconry due to its keen intellect and incredible ability to calculate or judge its prey.

The fact that the Falcon revealed itself to you at work makes me believe that the message may relate to your job, profession, craft, vocation, career, passion for work, etc.

Throughout history, culture and myth, Falcons symbolize superiority, spirit, light, freedom and aspiration.  The Falcon is a solar emblem for success, victory and rising above a situation.

Further evidence of its solar influence, the Falcon was symbolic of the rising sun in Egypt.  It is also the king of all birds where many gods were shown with the head or body of the Falcon (including Ra).

In Western tradition, the Falcon represents the huntsman and is associated with the Germanic sky-gods Wodan as well as Frigg and the trickster Loki. In European culture the Falcon is considered a warlike symbol.

At its core, the Falcon represents visionary power, wisdom, and guardianship.  This powerful bird awakens visionary power, and leads you to your life purpose.  The Falcon carries with it a message of transition and change – perhaps in your vocation, work, career, etc.

The fact that this Peregrine chose to show itself to you is a powerful message in itself.  This is a call for you to pay attention to the your performance, your function, your actions.

Falcons encourage us to calculate and strategize.  If we have a goal, Falcons beckon us to make plans and strategies to obtain these goals. Falcons are all about focus – strong, one-pointed focus.  When they show themselves to us, we are being called to focus on our desires and our goals, and do what is necessary to bring our desires into our reality.

The fact that the Falcon is a solar beast leads me to believe that there is something in your life that you are highly passionate about, and the Falcon is asking you to take action on this passion.  But be smart about it – don’t jump into something without doing research and planning.  Make your passion a reality by persuing it methodically.

Lastly, I would encourage you to invoke the spirit of the Falcon in your meditations, during quite/relaxing times, and just before sleeping.  When you calm yourself and call upon the spirit of the Falcon, the Falcon is then able to come through your consciousness and provide you more details about what you must know.  Animals are always willing to provide us more messages – it is up to us to allow their messages to come through an listen.

I trust this information proves helpful to you on your journey.

Regards & blessings to you,

One Comment on “Symbolism of the Falcon – Meaning of Falcon Sightings”