I am graced to share this life experience with a dynamic soul whose name is Laura.  I find the ties of symbolic familiarity between her name, some of her personality traits and the meaning of the laurel plant utterly fascinating.

To wit, the symbolic laurel meaning deals with:

Without a doubt, this is  just a sampling of the shining qualities I see in my friend Laura.

The name meaning of Laura is kicked off primarily from the ancient Latin word laurus which means triumph/success/victory.  The Latin moniker for the laurel plant is laurus nobilis, which accentuates the theme of high honor as nobilis is a term meaning nobility/regal status.

So what’s the big deal about the laurel plant?

We can look to Greco-Roman mythology for insights where Apollo was interminably and hopelessly in love with Daphne.  And, in spite of his endless wooing, Daphne would have none of Apollo’s advances (in part, due to Cupid’s “reverse-action” arrow shot at Daphne which made her loathe Apollo).

Daphne’s dad, Peneus, observed Apollo’s unmerciless pursuit of his daughter and how it made her so weary.  Being the kind-hearted father he was, he decided to offer Daphne a break from Apollo’s over-exuberance by transforming her into a laurel tree.

Seeing this, Apollo proclaimed the laurel tree forever sacred, forever a plant of divine status.  And this, is where we see our ancient forebears creating wreaths of laurel leaves – the symbol of crowning glory and achievement as rewarded to the winners of those who have undergone Olympic challenges.

The laurel acknowledges higher accomplishment of the soul  – and did so way before it was recruited as a sign of physical prowess as we see in ancient Olympic games.

Laurel leaves were used to adorn people with distinctly precious and uncommon insights.  Furthermore, the mark of the laurel could only be worn by those who used their higher knowledge and spirituality to serve the public in beneficial ways.

And so, only the best, the most cunning and most noble in heart and deed were given the honor of wearing the laurel.  Supreme priests, priestesses, prophets, poets, heroes and royalty would be adorned with laurel – but only if they commanded their gifts of intellect and willpower  in honorable ways.

These chosen few tacitly lived by the old adage “with great power comes great responsibility” – they gave of their insight selflessly because it was their responsibility to do so – and upon these noble souls where the mantle of laurel shall rest.

I particularly love ancient Chinese views of the laurel meaning.  In Chinese myth, the laurel plant is associated with the moon, and so shares its themes of femininity, intuitive power and immortality.

Within the moon lives the Jade Rabbit (interestingly, Chinese symbolism of jade is very auspicious and deals with fortune, luck, wealth and status). The Jade Rabbit is a very clever herbalist and is always busy with mortar and pestle, grinding up sacred mixtures to supply the elixir of immortality to those who are worthy of it.  Laurel is said to be one of the secret ingredients used by this ancient rabbit chemist.

This may come from Chinese legend claiming one of the eight Immortals lived in the laurel bush.  Hé Qióng, the Sacred Virgin and one of the eight Immortals picked laurel leaves and supplied them to the Jade Rabbit – this act is profound in symbolism – it speaks of tenderness, cooperation, feminine power, tradition and abiding by the infinite quality of both Time and Nature.

These are just some thoughts about laurel meaning, as well as the laurel’s ties to the name Laura.

As you can see from this short entry, symbolic laurel meaning is rife with import, and those who bear its name (in whole, or in part) will share these incredibly vibrant flavors in deed and personality.

There is no coincidence in symbolism.  Our connection to various symbolic meanings is purposeful and on a cosmic scale.  Therefore, it comes as no surprise to me to discover the profound meanings behind the laurel plant run a graceful parallel to the qualities I love so dearly within my friend Laura.

As I often observe, symbolism is the thread that is connected to everything.  Pull on one symbolic string, and you will inevitably be drawing upon a whole tapestry of culture, myth and potential.

So, take nothing for granted.  Start pulling the simplest strings – like your own name – and begin tracking down the dynamically symbolic influences associated with the larger picture of that one thread.

Thanks to Sandy Austin for her image (above) of Laurel Nobilis 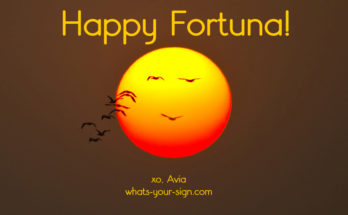 Wising Up To Owl Totem Talk