This page on the symbolic meaning of the Celtic torc was inspired by a gift.

The torc is one of the most characteristic and showcased of Celtic adornments for the body.

Indeed, Cassius wrote how Boudicca went into battle wearing nothing but a “great necklace of twisted gold” (which was a torc worn snuggly around the neck).

Worn with or without clothes, the symbolism of the torc is weighted with power.

There are schools of thought that indicates torcs were symbols of:

I’ve wondered if the balled ends of the torcs press against certain meridian points (around the neck where they are worn, as well as around ankles and wrists) that cause heightened awareness and arousal.

I rather like the “C-shape” connotation…the torc is symbolic of a stylized C-moon – a crescent moon.  In this case, we are dealing with a lunar principals dealing with:

If entertaining the crescent moon symbolism, we may recognize feminine energy.  Further, we may also research the Celtic triple goddess concept in which the great feminine houses three aspects of the Divine:  Maiden, Mother and Crone.

Each aspect of the divine feminine containing profound symbolism and wisdom to her own devices – shown together with the symbolic triquetra – her forces are unanimously intense (although, there are infinite number of power-triads upon which to draw).

Maybe this bit on the symbolic meaning of the Celtic torc may inspire you to design one for yourself.  Or, purchase one from your local metalsmith for your beloved.

Symbolism of the Moon 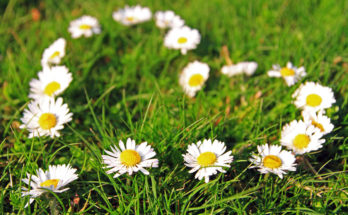 10 Comments on “Symbolic Meaning of the Celtic Torc”