Symbolic meaning of number thirteen is surrounded with controversy.  Is it lucky?  Unlucky?  Only you can decide for yourself this post and my other more detailed page on thirteen may help you with your decision.

For those of you who want fast, quick references, the following attributes have been associated with the number thirteen:

This snapshot of meanings comes from a variety of different sources.

Its primary claim to foreboding fame is the number thirteen’s association with the Last Supper in Christian history.  There were thirteen people present at this gathering, the Christ and his twelve disciples.

In France the number thirteen referred to as le point de Judas, to mark Judas’s betrayal of Christ.  This term also suggests an omen as Judas was the first to leave the table at the Last Supper, and also the first to die.  Also in France it is still the practice to hire a quartorzieme, or a fourteenth guest to a dinner party if only thirteen were in the original total.  This is said to assure a problem-free event.

The letter “m” is the thirteenth letter of the Hebrew alphabet and was said to bring bad luck because it is the beginning and end of the word mem which means death.

On a more positive note, the number thirteen is sacred and honored in ritualistic practices in many Native American tribes.

The Aztecs also hold the number thirteen sacred and divided their week into thirteen days.  Each day is ruled by a god.  The thirteenth day is ruled by Tezcatlipoca, who represents: Mystery, Psyche, Illusion and Magic.

Similarly, within ancient European cultures as well as earth-based religions it is well known there are thirteen moons in a year.  Here the thirteen is aligned with all the associations of the moon:  Emotion, Cycles, Intuition, Mystery, Devotion, and Influence.

It is also seen as a sign of good fortune in ancient Greece where it is associated with the Zeus because he is the thirteenth and most powerful of Greek gods.

For more information, visit my full-detail page on the Symbolic Meaning of Number Thirteen. 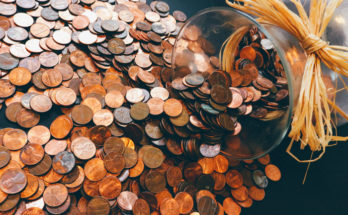