The first holiday on February 28th we'll celebrate is from Finland.  Today is Kalevala Day.  It's a holiday that celebrates the blacksmith Ilmarinen and the Finnish warrior Lemminkainen.  The holiday was established by doctor Elias Lonnrot in 1835.  Dr. Lonnrot wanted to reestablish Finland as the 'land of warriors'.  So he did a lot of research and his results lead him to the conclusion that this was the day of Finland's creation. This is also the day that Ilmarinen and Lemminkainen got together to forge the 'lids of heaven' which insured the earth would not float out into the vast abyss of sky, but be anchored in place so the people of Finland could continue to live on their lovely lands. On this day, the Finns celebrate their heroes and warriors with great feasts and festive parades. 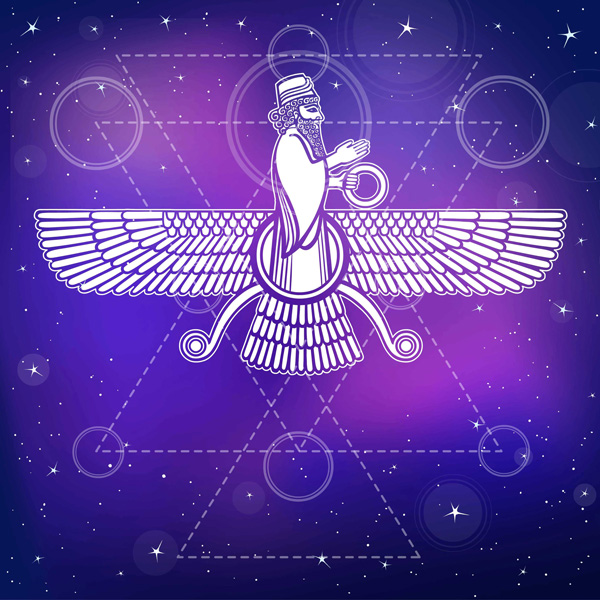 Today's Holiday Features Chaldean Sabbath. Shown here is the Demiurge, the male oracle of intellect and creation of the ancient Chaldean people.

Today's Holiday: The Chaldean Day of Rest on February 28th

The ancient Chaldean's existed around 800 BC, and were a sect of Babylonia. Eventually the Babylonians absorbed the Chaldean's and morphed their ways of life.  But in their prime the Chaldean's held to a strong Gnostic belief system.  Gnostic is simply a fancy word for 'having knowledge'.  On this day, the Chaldean's would turn to their Gnostic texts and ponder higher knowledge.  They celebrated the Sabbath (day of rest) every seven days, but this day called for a deeper, more ascetic practice of worship and contemplation.  Yes, it was a day of rest, but it was also a day of silence and intense meditation upon Chaldean oracles.  These oracles included prime male and female deities.  On the February 28th Sabbath, these mother/father oracles were highly focused upon in an effort to acknowledge and silently celebrate the creation of their people. Today's holiday and celebration for the Cherokee Nation

The Cherokee Nation, also known as United Keetoowah Band of Cherokee spans across the south and southeastern regions of North America.

Not all, but most Cherokee had daily ceremonies and devotionals. These observations were intended to reinforce the idea of the dawn of a new day and renewal.

Today, February 28th, the Cherokee paid homage to all that is beautiful.  They made extra effort to rejoice the presence of spirit living in all things.  Each moment was a meditative focus upon listening within, as well as listening to the call of spirit.  Today was a day the Cherokee eliminated sorrow and imbued their souls with joy.  This was a day to turn away from the dark, and face the hope and bliss of the light.  It was also a day to ignore all kinds of judgement (whether from others or from oneself) and embrace the unique beauty within every soul.

I hope you enjoyed this post on the symbolic meaning of today's holiday - February 28th. I'm starting to post these daily celebrations because learning how other cultures around the world acknowledged every day offers great insight into living a symbolic life.

As always, thanks for reading!

May every day be a meaningful holiday for you.

Symbolic Meaning and Observances for February